Ideastream Public Media’s health team is connecting the dots on how racism contributes to poor health outcomes in the Cleveland area.

On a recent brisk morning, a group of Cleveland Metropolitan School District students took a field trip an hour outside the city to Elan Equine, a horse stable in rural Lorain County.

But they weren’t just there to horse around. The kids learned to groom and ride the animals as part of Leg Up For Cleveland’s Kids, or LUCK – a program that introduces students from urban areas of Cleveland to horses.

“Honestly, I think this is the closest I’ve ever been to a horse. [I’ve] never been on a horse,” said Dion Floyd, a senior at Rhodes College and Career Academy. 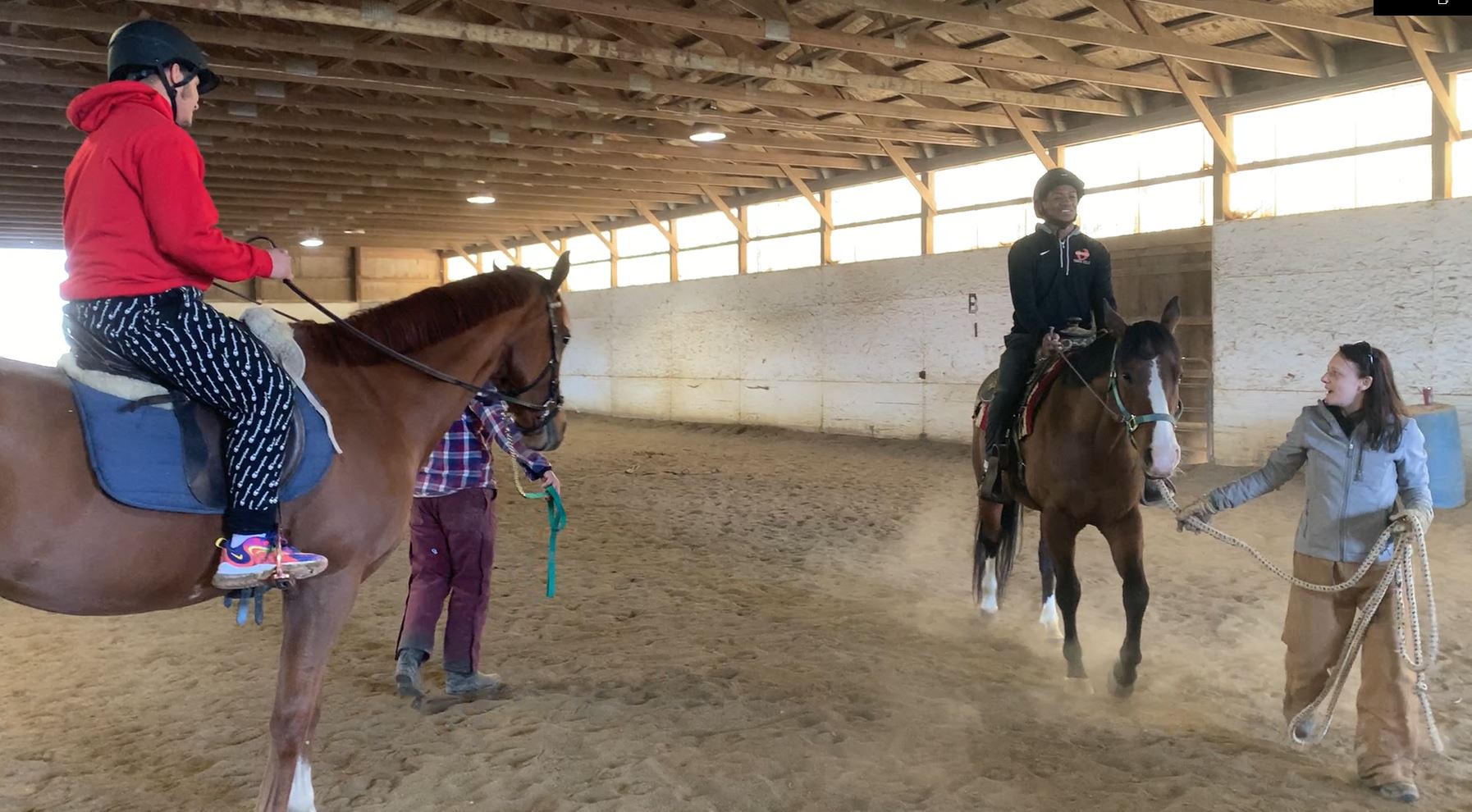 Dion Floyd (right) and Luis Colon (left) ride horses on a recent trip to Elan Equine. Stable owner Bobbi Jenkins (right) helps Dion's horse, Devon, along. The students were taking part in equine therapy as part of Leg Up For Cleveland's Kids, an organization helping to heal students of stress and trauma they may experience in their daily lives. [Anna Huntsman /  Ideastream Public Media]

Floyd was nervous to ride a horse for the first time. But as he saddled up a big brown horse, Devon, and began trotting around the arena, he soon had the confidence of a cowboy.

“This is so peaceful, just riding him and looking around,” Floyd said. “I really am enjoying this.”

Although the LUCK program is open to all students, the majority of them are African American or speak English as a second language, said LUCK president Laura Hammel.

Many of them are coping with the stress and trauma of living in underserved neighborhoods - which can affect their physical and mental health, she said. 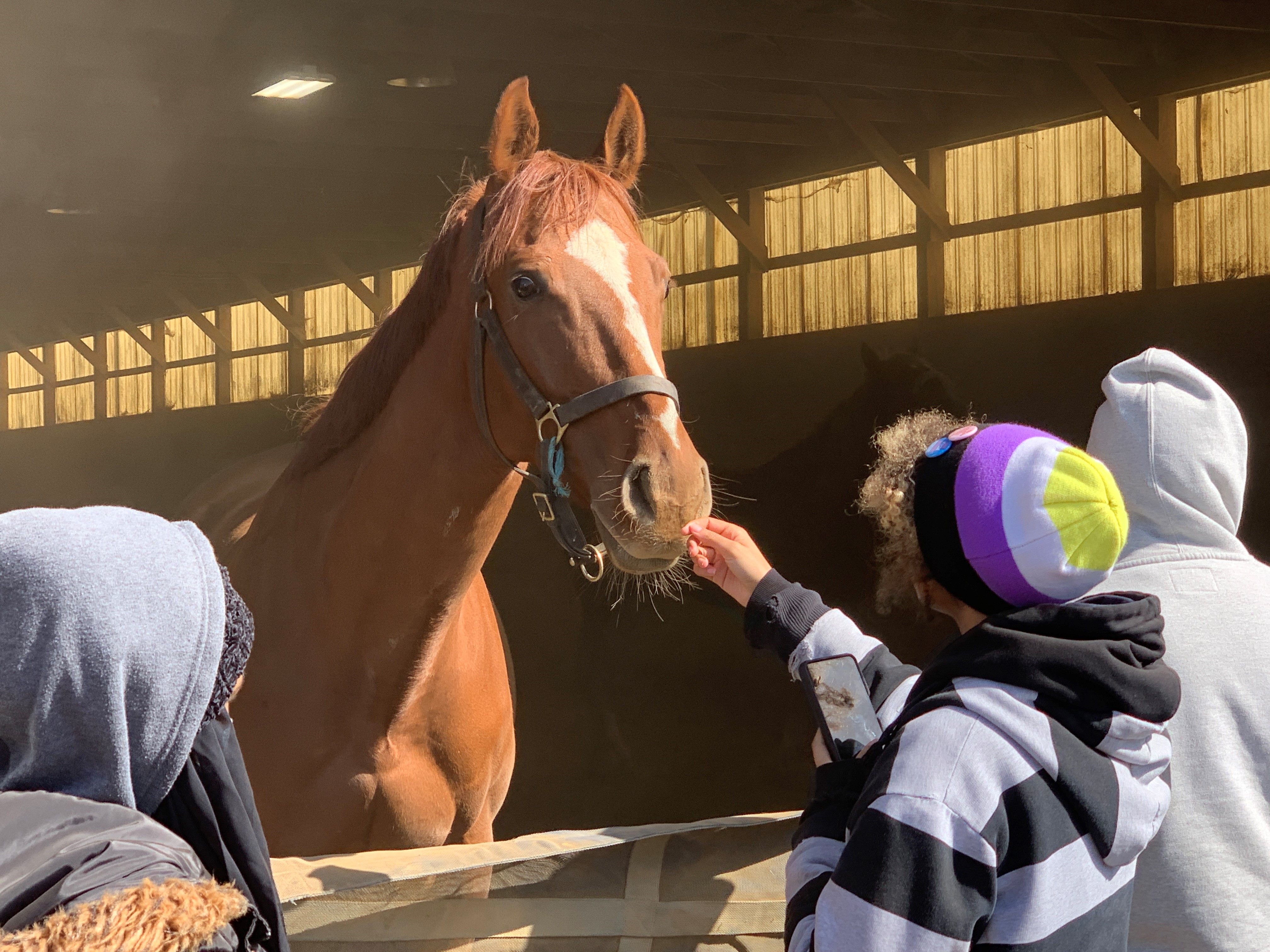 The goal of the program is to allow students to harness their confidence and relieve their stress through horse therapy, which is also called equine therapy, she said. The kids feel trust from the horses that they might not feel in their everyday lives, Hammel added.

“In society today, no one trusts teenagers, no one trusts children, you know, especially children of certain diversities,” she said. “That trust from the horse, that just kind of un-fettered trust, is life changing.”

Even just brushing and grooming the horses can be therapeutic for the students, Hammel said. 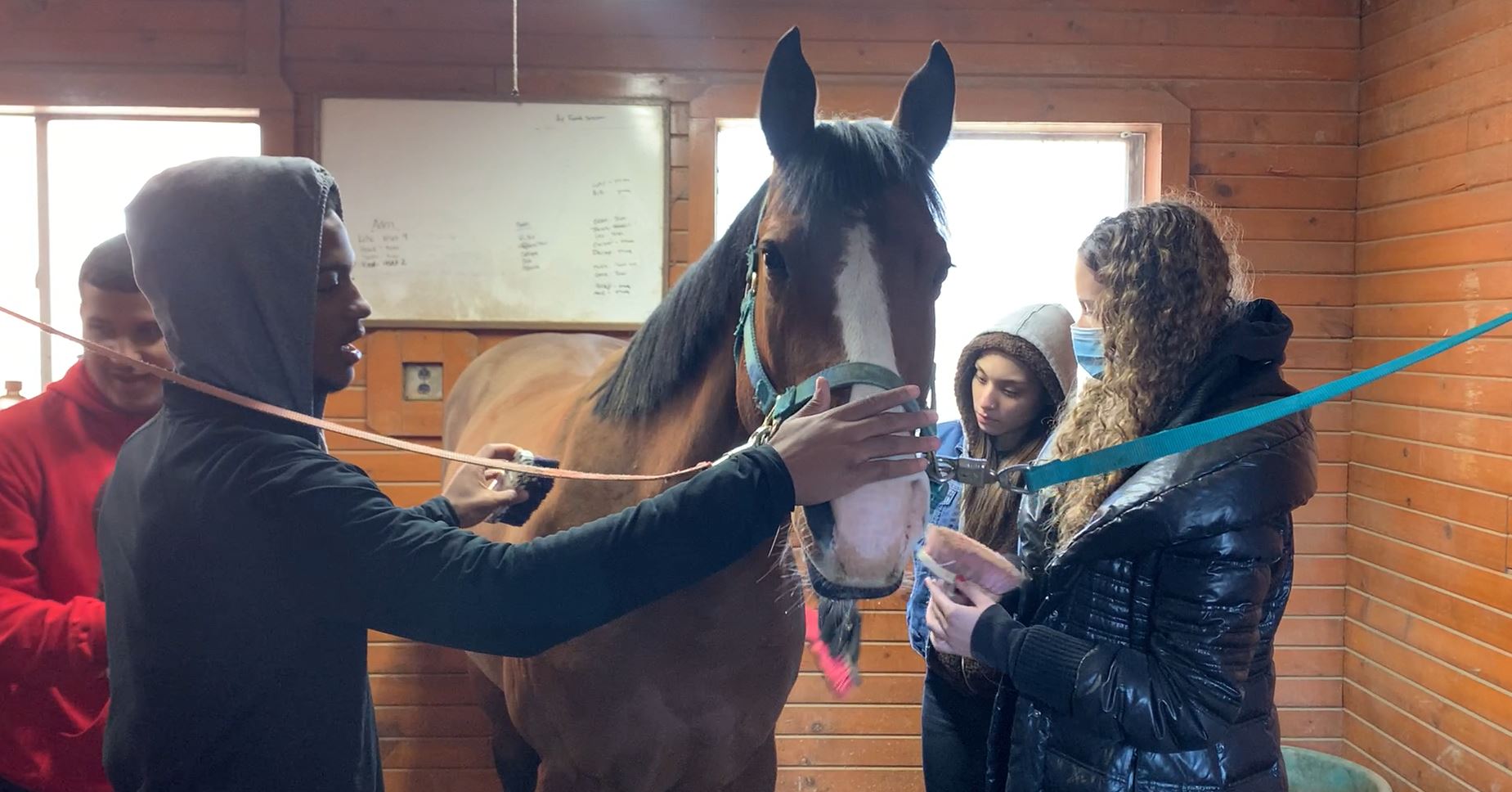 Rhodes sophomore Asmaa Robi chose to ride Red, a chestnut mare and former racehorse, which she said made her feel confident.

“It was kind of cool how like people down here were looking at me like, 'look at her smile. Look at her go. It was so cool,” Robi said.

Aside from exposing the kids to the benefits of equine therapy, Hammel and her team of volunteers are also conducting research. They survey the students before and after the field trips about how well they feel they can handle challenges.

“We have found that that kids’ confidence immediately goes up after they work with the horses,” Hammel said. “Now, we're in the process of measuring whether or not it stays up, so if they can carry this into the schoolroom and carry this into the doctor's office … or the home or their workplace.”

Anecdotally, some CMSD teachers have noticed the confidence carries over into the classroom, as kids feel more comfortable speaking up in class after the trips, Hammel added. 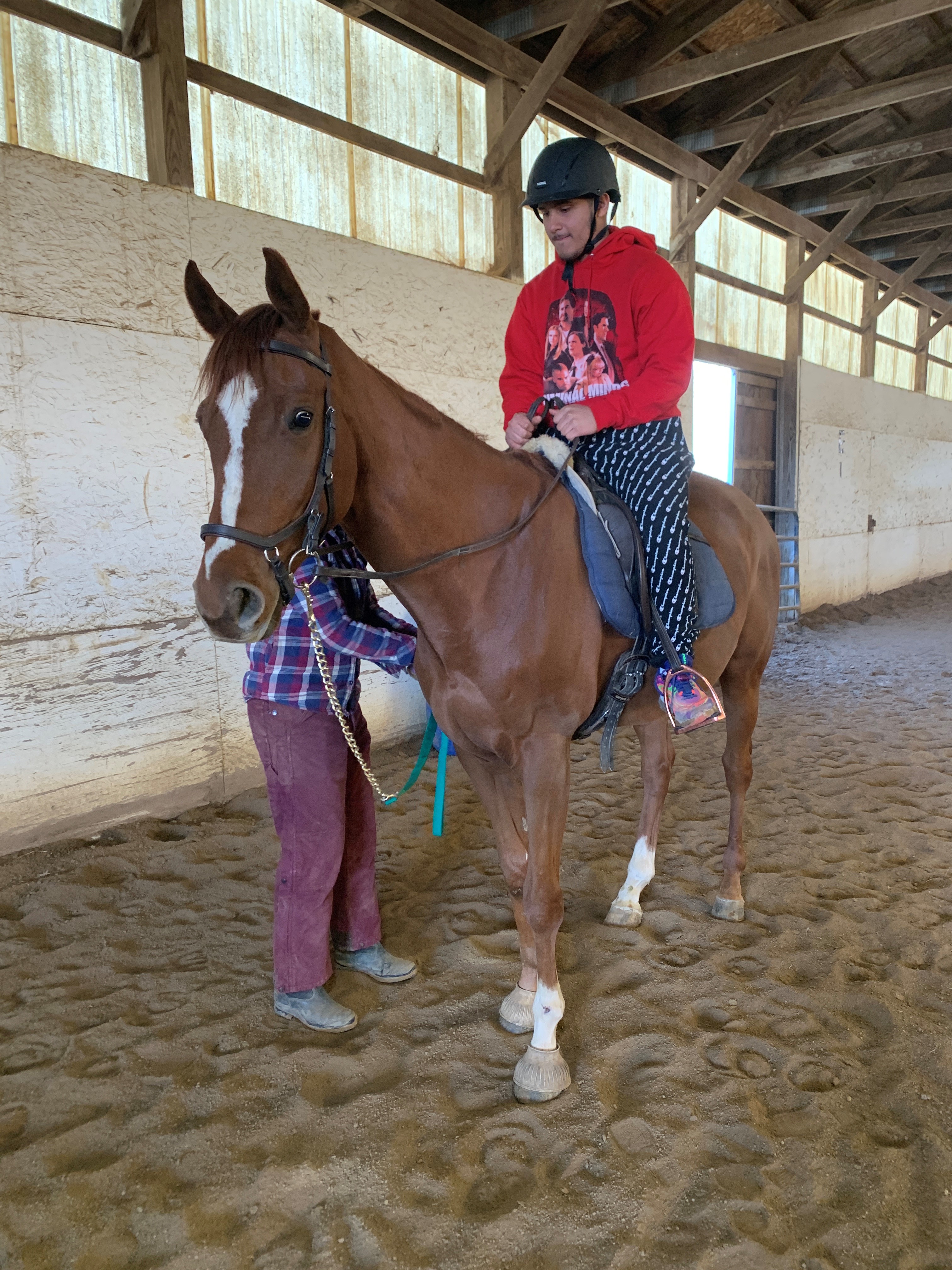 “Horses are a good tool to use to ask questions so that they start to think about – ‘oh, this horse is huge. So maybe the … this horse's worth is to do work. And in fact, the horse is actually a pleasure horse you can ride,” Hammel said. “We’re trying to get kids to think about stereotypes and how those aren't necessarily always true by having them look at animals. It’s a lot easier for them to use animals to look at that than it is to pick out people.”

Hammel is collecting data during these trips and hopes the research will show that these lessons about bias and stereotypes make an impact on the students.

For now, what they know for sure is the kids have fun just seeing the horses up close.

Throughout the day, the students laughed as the horses trotted through the arena and stuck their heads out seemingly asking for pets.

For Dion Floyd, the experience was relaxing and made him feel like he can overcome any hurdle that comes his way, he said.

“I found it very calming. You know, just knowing that I'm taking care of an animal,” Floyd said. “I think coming around horses a lot would help my stress.”

Right now, the LUCK team rents vans and drives the students to stables in rural areas sometimes an hour outside the city.

Hammel said they would like to purchase a stable in Cleveland so they can continue to spur confidence and stress relief closer to home.

Editor’s note: This program received support from Ideastream Public Media and the Cleveland Foundation for the Connecting the Dots project.