Ohio takes the plunge to track COVID-19 through wastewater Wastewater from Akron and surrounding communities flows through the Akron Water Reclamation Facility, where it will be tested and treated before draining into the Cuyahoga River. The facility is one of 70 sites helping to track the spread of COVID-19 through wastewater. [Anna Huntsman / Ideastream Public Media] Kathy Richards of the Akron Water Reclamation Facility points to a jug where wastewater samples are collected for various testing, including for COVID-19. [Anna Huntsman / Ideastream Public Media] This sample site on the grounds of the Akron Water Reclamation Facility is where raw sewage is collected for COVID-19 testing. [Anna Huntsman / Ideastream Public Media] In the early days of the pandemic, it was difficult to track the spread of COVID-19 in local communities, like Cleveland and Akron, due to limited testing. In the two years since, Ohio experts developed many different ways to monitor it, including one that’s a little “underground”: tracking the virus through wastewater.

Studies have shown at least 40% of individuals infected with COVID-19 shed the virus’s genetic matter in their stool. Ohio officials wondered if the amount of COVID-19 in wastewater could predict surges ahead of time, said Dr. Bruce Vanderhoff, director of the Ohio Department of Health.

Ohio became one of the first states to start testing wastewater for COVID-19 gene copies in August 2020, he said.

“We recognized that this was really a potentially advantageous form of disease monitoring. This had real promise,” Vanderhoff said.

Since then, interest in the program has trickled over to other states, some of which have developed their own systems, he said. The U.S. Centers for Disease Control and Prevention now has its own national wastewater tracking, he added.

The Akron Water Reclamation Facility, located at the edge of the Cuyahoga Valley National Park, is one of 70 sites across Ohio helping to track the spread of COVID-19 through wastewater.

All waste and stormwater from Akron and some surrounding communities are screened, tested and treated at the plant before draining into the Cuyahoga River, said Kathy Richards, environmental compliance director. 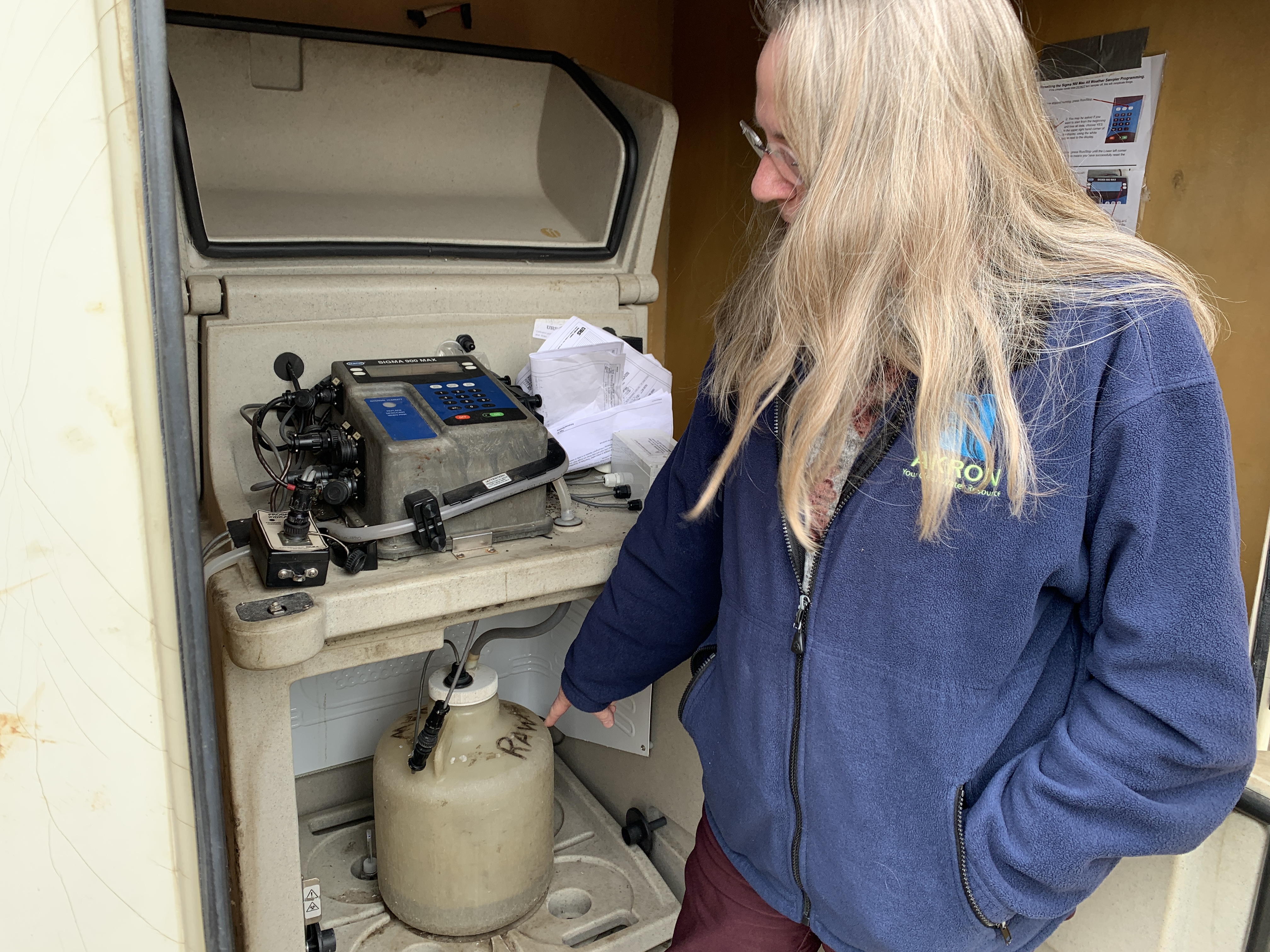 Kathy Richards of the Akron Water Reclamation Facility points to a jug where wastewater samples are collected for various testing, including for COVID-19. [Anna Huntsman /  Ideastream Public Media]

Each week, workers collect samples from raw sewage as it flows into the plant, Richards said. She showed off the jug containing the samples on a recent day at the facility.

“That composites for 24 hours, and then we’ll take this sampler, or this bottle, back to the lab, and pour off a portion of it to send in for the COVID testing,” Richards said.

The samples are sent to a lab for analysis, and the data is then reported to the state, she said. State officials alert local health departments – in Akron’s case, the Summit County department - when there is a substantial increase of COVID-19 in the water, Vanderhoff said.

“It’s early on, but for something that is so new, I think it's already proven to be beneficial. And my expectation is that as we go forward in time, this is going to prove to be one of our key early warning systems not just for COVID, but for other illnesses as well,” Vanderhoff added.

But, the data is lagging, so it is not an early warning indicator for COVID-19 just yet, said Donna Skoda, Summit County’s health commissioner. Because the data analysis can take some time, health officials don’t get it until a week or two after it’s collected – when they’re already seeing a wave of new cases, she said.

“Because it was started up during COVID, it took a while for them to get going, and it took a while for the labs to be able to have the data to send it to us,” Skoda said. “It was always historical data, but the intent is to get to the point where it's real-time so it can help you predict what's coming your way.” 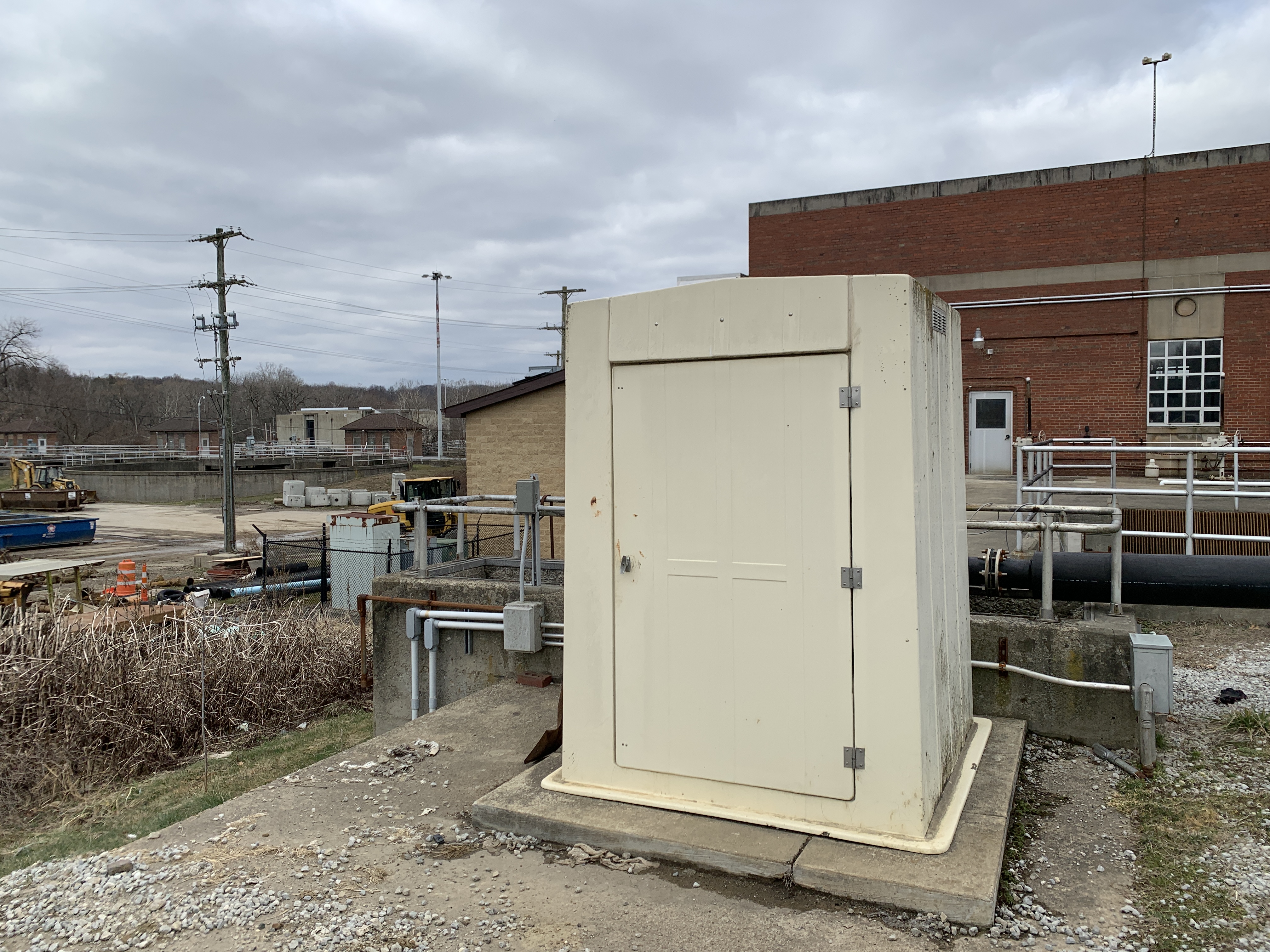 This sample site on the grounds of the Akron Water Reclamation Facility is where raw sewage is collected for COVID-19 testing. [Anna Huntsman /  Ideastream Public Media]

More staff and research would be needed to ramp up the program to that real-time level, she added.

So far, the Summit County department has relied on the wastewater data to confirm what they observe through standard COVID-19 testing, she said.

While COVID testing can have issues, such as whether the PCR or rapid tests were administered correctly, the wastewater data is untouchable – both literally and figuratively, Skoda said.

“The bottom line is – no person is messing with the sewer water to try to put COVID in it. I mean, it was a totally independent source, and we could still see these huge numbers. So even if you thought the tests didn’t work, the sewer water didn’t lie,” Skoda said.

With some improvements, such as a quicker reporting process, Skoda is hopeful the system could eventually warn health departments of impending surges ahead of time.

She would also like to see smaller, more regional sewer districts participate in the program so that the data could be more detailed and broken down on a granular level, she added. 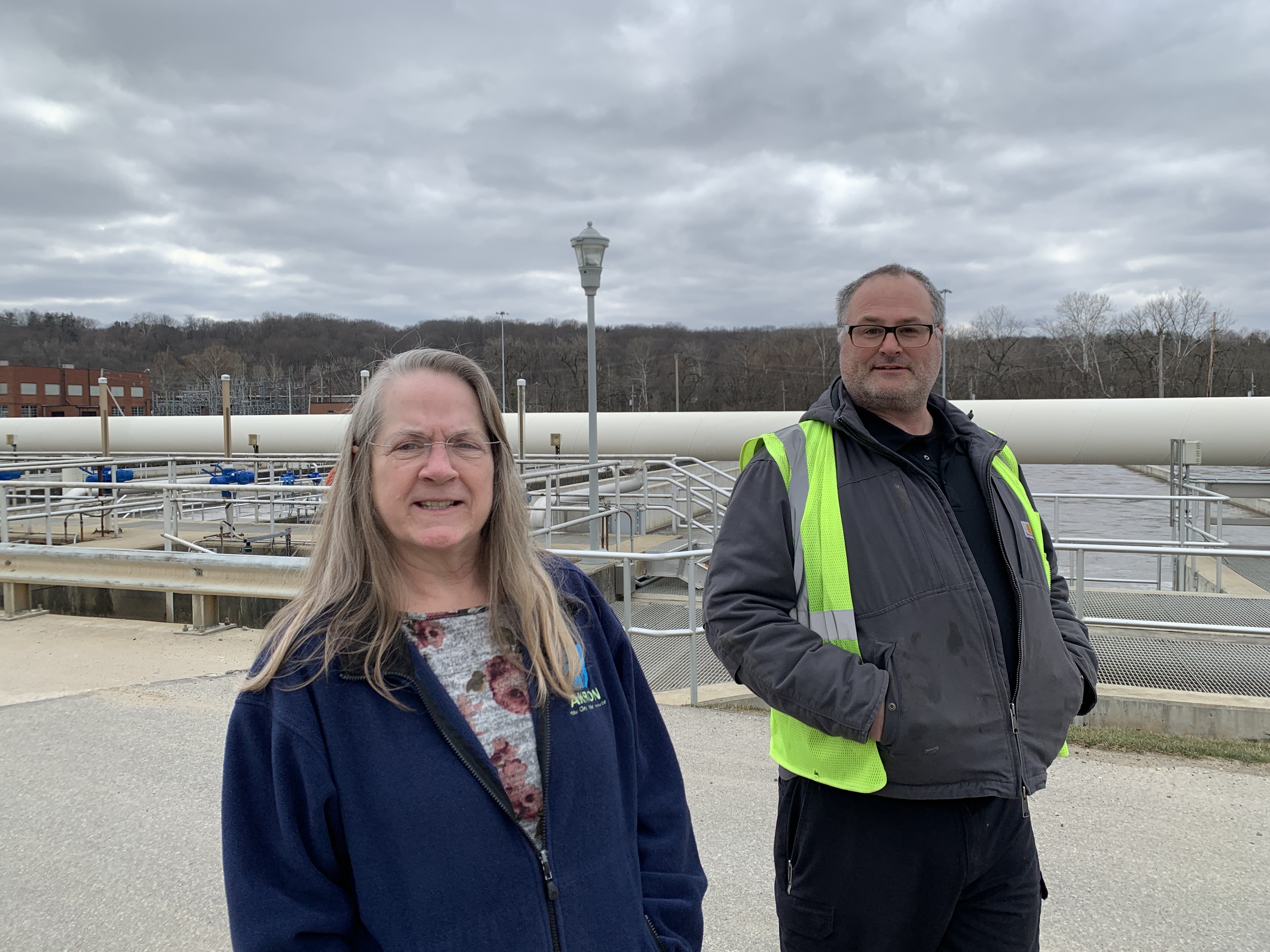 The monitoring system has already undergone major advancements since it began in 2020, Vanderhoff said.

For example, in the beginning, labs were simply testing to see if COVID-19 was present in the wastewater, but over time, researchers developed ways to sequence the data and look at more detailed information, such as which variants are spreading in each community, he added.

One of the biggest advantages is the data helps state health officials see when new variants arrive, Vanderhoff said. The wastewater showed large numbers of the highly contagious delta and omicron variants spreading before they were detected widely through genetic sequencing of COVID tests, he said.

“That’s important because it strongly suggested to us that the variants were present in more than just the one or two people who were showing it in their test results,” Vanderhoff said. “So the combination … of test sequencing, combined with an affirmation of wastewater sequencing, allowed us in public health ... to communicate very confidently, very quickly about the arrival of new variants in Ohio.”

So far, the wastewater data has matched up with case counts in the corresponding communities, Vanderhoff added.

It takes longer for the wastewater rates to decline than the case counts after a surge because people can shed the virus for several weeks, even when they are no longer contagious, Vanderhoff said. He cautions, however, against comparing data from different regional sewer districts; rather, it is better to compare how the data changed in one community over time, he said.

The goal is to eventually ramp up the system to track other diseases, such as RSV, seasonal influenza and foodborne illnesses, Vanderhoff said.

“Wouldn’t it be great if we had a way of identifying a surprising increase in the presence of salmonella or E. coli in a given community or watershed? You know, it might allow us to identify a foodborne outbreak before large numbers of vulnerable people became really seriously ill with those,” he said.

Summit County is particularly interested in using wastewater monitoring in future flu seasons, Skoda said. Currently, health officials cannot see a detailed picture of the spread of the flu throughout the community, as the data is limited to hospitalization and death numbers.

More staff and research are needed to speed up the workflow, however, to get COVID data to the health departments more quickly, she added.

Richards at the Akron water facility agrees more funding is needed to speed up and expand the wastewater monitoring process.

The program is funded at least through the next few years and state officials are currently working to better streamline the process, she added. For example, state officials are now sending the samples to a centralized state lab rather than local labs, which will make the analysis quicker and more accurate, Richards said.